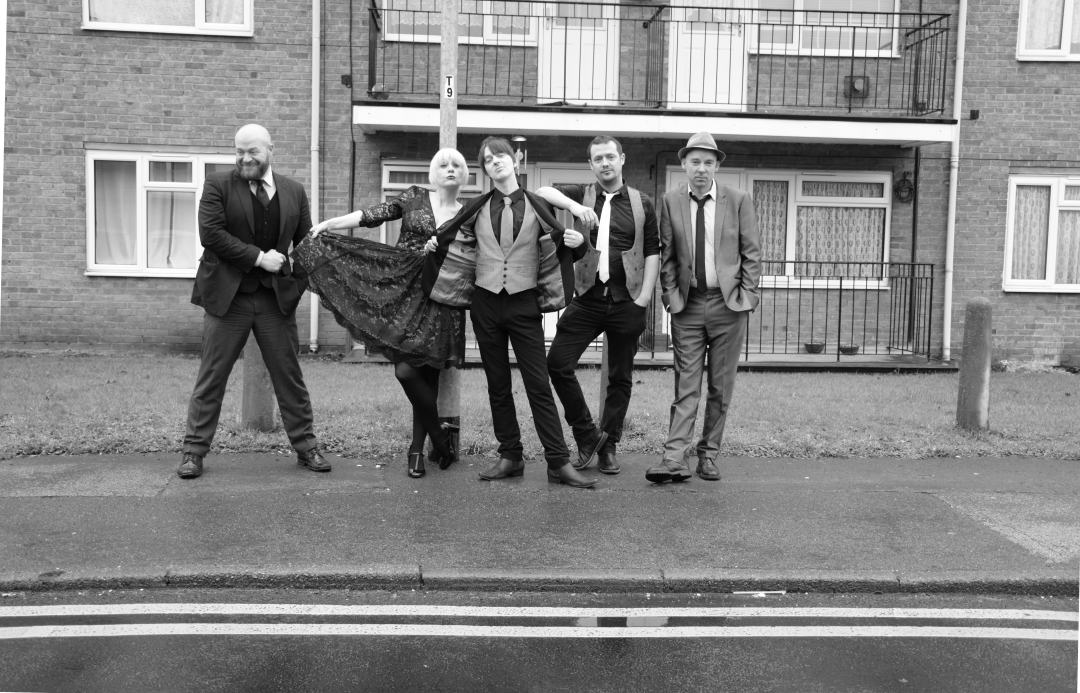 Based in the ex-mining town of Swadlincote, South Derbyshire, Murdoch’s songwriting reflects the carnage left behind in a town still on its knees from Thatcher’s stranglehold on the working classes.

Relentless gigs all over the UK (including all the major cities and the nowhere towns where most bands don’t bother to go) have gained the band an ever-growing army of dangerously devoted fans. Their militant working class stance caught the eye of Clash legend Mick Jones who took Deadtime out on tour as special guests, which led to Murdoch recording a single and album with The Tribunes (out on Honest Jon’s Records and featuring Mick Jones’s rhythm section from Carbon/Silicon). The Clash connection continued when Strummerville (The Joe Strummer Foundation For New Music) invited Deadtime into the family by funding their first single, double A-side ‘Moths/Spine’ with producer Paul Tipler (Idlewild; 80s Matchbox B-Line Disaster; Dr. Feelgood; Elastica). Strummerville also added ‘Spine’ to their prestigious DIY download page, where it held the No.1 slot for nine months in the Strummerville chart. The band have also worked with other producers such as Brett Shaw (Unkle, Florence and the Machine, Gorillaz) and David Glover (Self Esteem, Slow Club, Richard Hawley) Among the band’s other supporters was the late Michael Davis of the legendary MC5.

Deadtime continue to receive outstanding reviews for their high octane, raw, emotive live shows. International and national radio airplay for the band has come from Don Letts, Jarvis Cocker, Janice Long and Tom Robinson (BBC Introducing/BBC6) to name a few. Deadtime have also appeared on Channel 4 (Strummerville Sessions), Russia Today (Going Underground) and Michael Socha (‘This is England’ and ‘Being Human’) directed the band’s video for ‘Hardlines’ as well as starring in their ‘Bad Lad’ video

New album ‘Estate of the Heart’ is out now and available on iTunes, Spotify and Amazon.  A limited edition gatefold CD album is also available through our shop at Big Cartel

Listen to Estate of the Heart On Spotify: